4. Materials that let you sleep at night.

Beyond the emphasis on ever sustainable wood, designers were experimenting with novel materials that are okay for the planet. At IDS, Ukranian studio Faina Design debuted sculptural furniture made from a mix of recycled metal, cellulose, wood chips, and clay, and Only One Yes unveiled an avant-garde table that turned out to be made from used coffee grounds and limestone that allow it to decompose naturally after use, rather than sitting for centuries in a landfill. Meanwhile, feel-good materials were a subject that came up frequently during some of IDS’s brilliant keynote talks by sustainability-forward architects, including Francis Kéré and Frida Escobedo. 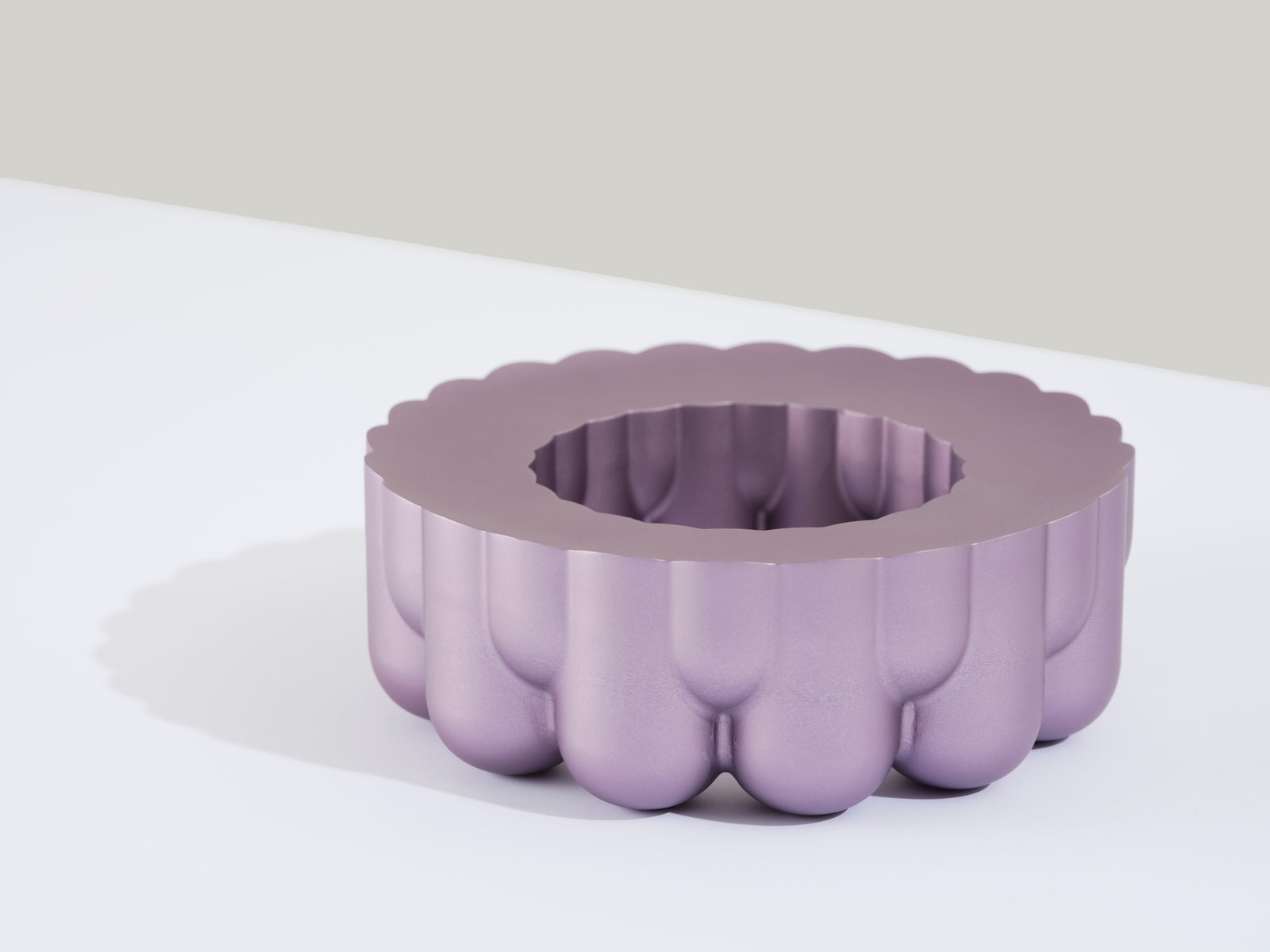 Blobs by Chifen Cheng, a piece from “Aluminum” at ESP Gallery, curated by MSDS Studio and Jamie Wolfond.

5. A conversation about mass production.

Two of Toronto’s most famous design firms—MSDS Studio and Good Thing founder Jamie Wolfond—are best known for their industrial designs, specially engineered for mass production. But for this year’s DesignTO, they teamed up to curate a show called “Aluminum” at ESP Gallery in Toronto’s West End that would push that envelope. For the show they asked 13 other Canadian designers to design something in machined aluminum, which would be produced by a factory in China. Because the process is subtractive, almost like carving, it does not lend itself to mass production, making the results, which range from lamps to vases, virtually one of a kind. A similar conversation unfolded at stackt market, where MUKË set up its studio for a limited time, assembling small functional objects by hand out of industrial materials.

Jonathan Adler with his Caesarstone installation at IDS.

Leave it to Jonathan Adler to bring warmth (via a massive rainbow and cartoonish clouds) to Toronto in January. Surfaces brand Caesarstone, whose product is made from natural quartz, tapped the fun-forward designer to create an installation for IDS. The results, according to Caesarstone’s Elizabeth Margles at the dinner they hosted in the clouds, atop Toronto’s iconic CN Tower, “just make you happy.”

7. The outdoors are coming in.

With so many housing developments emerging across the city, there are lessons to be learned not just in decorating spaces, but also in developing them. Reset Home, designed by Hummingbird Hill Homes, VFA Architecture + Design, and VTLA Studio, was exhibited as IDS’s annual Concept Home, and it put an emphasis on green spaces and the way they can enhance the everyday. In a similar spirit, across the Convention Center was a verdant Healing Habitat, an oasis in the trade show where visitors could participate in group meditations, getting in tune with nature as well as themselves.