At Celine, alongside his haute-bourgeois unisex clothing, Hedi Slimane debuted a jewelry collaboration with Fondation César. Drawing from the late French sculptor César Baldaccini’s revolutionary Compression series from the 1960s, hydraulically crushed cubes of scrap metal and automobiles, Slimane pays homage to an art maverick and kindred spirit. He bridges the fashion-art divide with these totemic objets, which can be worn as a pendant around the neck or, by retracting the strap and hook, displayed as a stand-alone sculpture. Each silver or vermeil piece is numbered and sold in a box stamped with the artist’s signature. 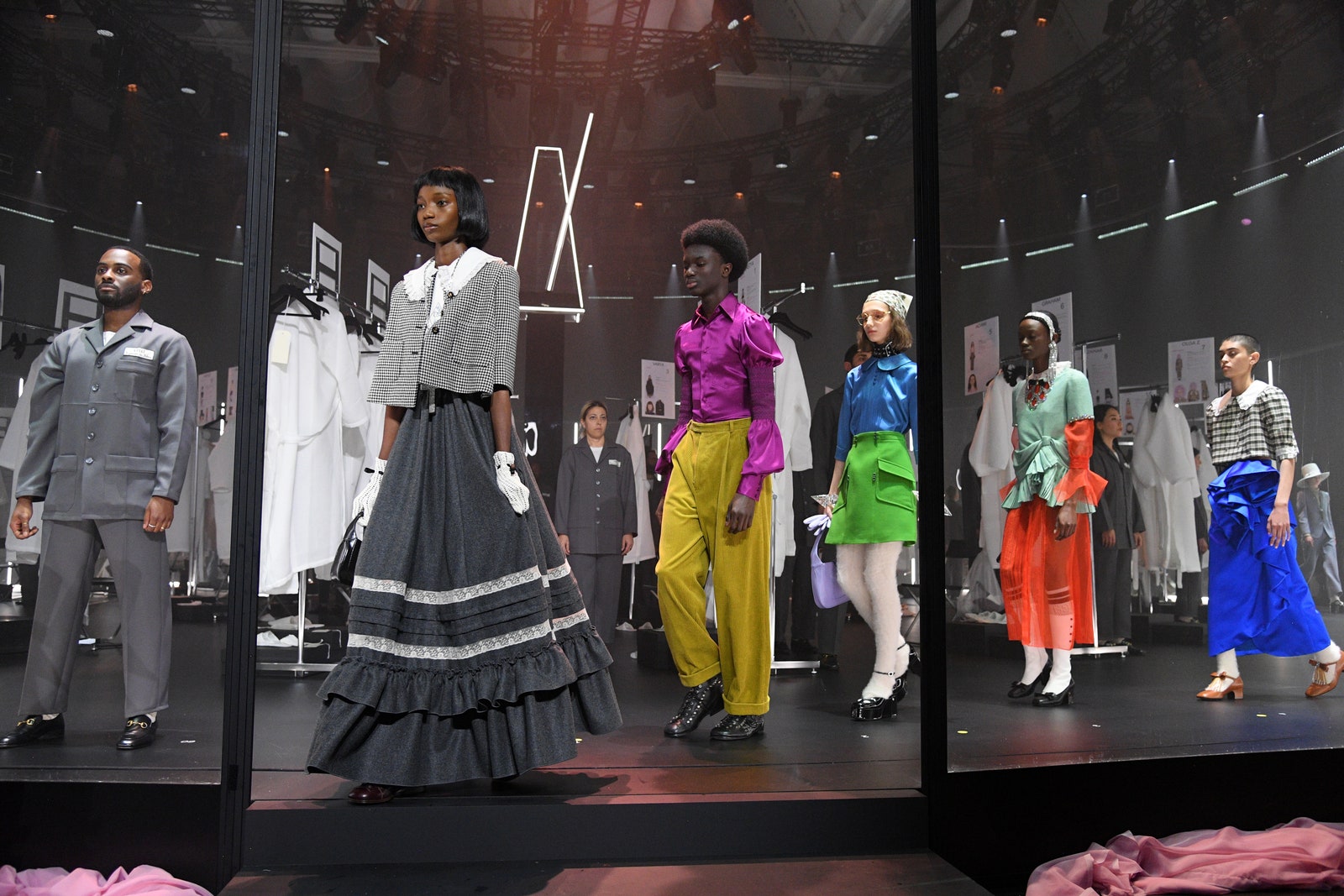 At Gucci, a highlight of Milan Fashion Week, Alessandro Michele addressed the ritualized theatricality of the modern fashion show. Amused guests entered through the backstage, with its solemnly working models, dressers, and the like fully on view, a move that recalled the Isaac Mizrahi documentary Unzipped from 1995. Another twist arrived when the entire stage began to rotate, transforming the show into a kind of carousel. Michele said this was a nod to Federico Fellini, the Italian film director famed for his motley casts and circus-like atmospheres.

In a moving tribute to Beverly Pepper, who died a week earlier at the age of 97, The Row’s Ashley and Mary-Kate Olsen staged their fall collection against the backdrop of the American artist’s towering metal sculptures. The collection’s streamlined shapes and rusty palette echoed the acclaimed artist’s works in iron, steel, stone, and earth, creating a real synergy between the two.