On a rainy Saturday in New York’s Renzo Piano–designed Times Center this past weekend, Paola Antonelli, senior curator at the Museum of Modern Art, addressed a full room of architects, designers, and leading innovators about a pressing topic: design in the face of human extinction. Her speech set the brazen, inquisitive tone for the daylong series of talks comprising the World Around conference—a new forum that aims to bring conversations around design and architecture to a more global audience.

“People’s relationship with tomorrow is going to be different than our relationship to tomorrow when we were growing up,” Beatrice Galilee, the former design and architecture curator at the Metropolitan Museum of Art and the forum’s organizer, told the crowd at one point. “That does generate a different type of imagination, and maybe that creates a different type of hope and a different way of reconstructing the way that we live and connect with each other.” 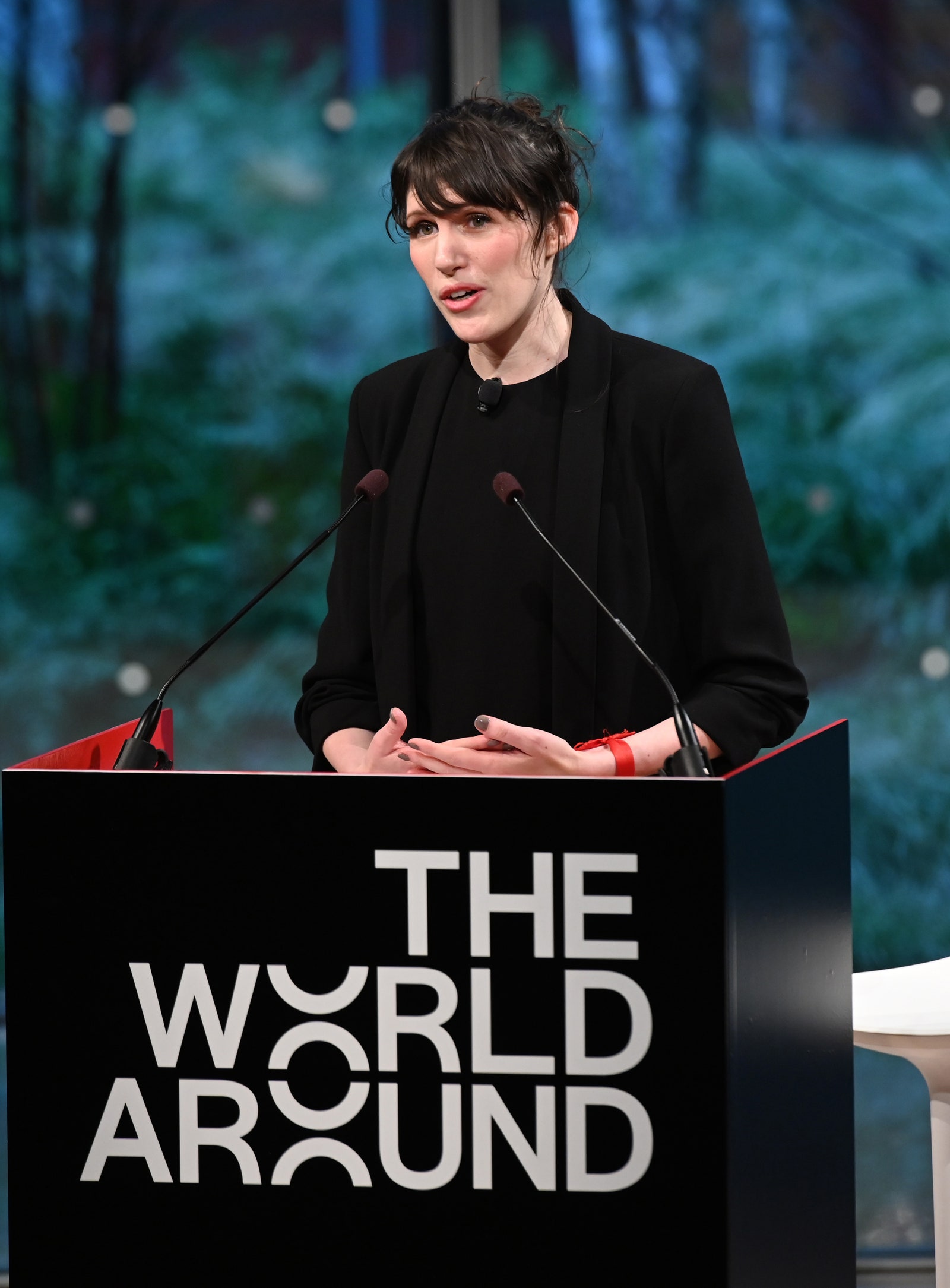 Photo: Noam Galai / Getty Images for The World Around

Later in the day, Chinese architect Xu Tiantian’s presentation about her rural regeneration of the various villages of Songyang County provided a powerful case study on the benefits of localized reconstruction and reconnection. Her work exemplified the economic and social benefits that come with examining small village ecosystems. Most notable of all was the work that she discussed on Shimen Bridge, which has brought together and revitalized a connection between two previously geographically separate villages.

Meanwhile, speaker and designer Bruce Mau of the studio Massive Change brought up the idea of “design optimism” as an underlying narrative. “We live in an era where we are redesigning everything,” Mau pointed out. “The dominant story of our time is collaboration.”

Photo: Noam Galai / Getty Images for The World Around

AD100 architect Elizabeth Diller, a principal of Diller Scofidio + Renfro, touched upon similar themes. In her presentation of her firm’s concept for the new V&A East, an extension of the Victoria and Albert Museum set to open in 2023, Diller explained how the space will put on view objects that have up until this point in time only been seen and touched by conservators. In a talk that emphasized the importance of accessibility in architecture, she discussed the notion of transparency. “I think there is a shift in public interest and consciousness to see what’s behind the scenes,” Diller said at one point. “It’s a phenomenon.”