Tyler Hays, the multi-disciplinary artist and founder of BDDW, has long been an avid auction goer. As a kid in rural Oregon, he watched paddles rise as livestock was sold off to the highest bidder, though he officially dates his interest in auctions to the ‘90s, when the then-emerging artist presented a solo show in which each piece was acquired by the top bid. The rise of online auctions to follow only fueled his obsession. “As an artist, I was always obsessed with an item’s worth,” says Hays. “There’s an honesty and a reality to what people are willing to pay.”

Now, with BDDW’s showrooms in Milan and New York shut down due to the coronavirus outbreak, Hays is focused on the company’s internal auction platform, which officially launched in January after a year in development. The site’s second sale, made up of nearly 100 lots—including a Maple Slab Dining Table, proceeds of which will benefit Feeding America—is currently underway, with lots 01-46 closing today and lots 47-99 closing tomorrow at 5 PM. 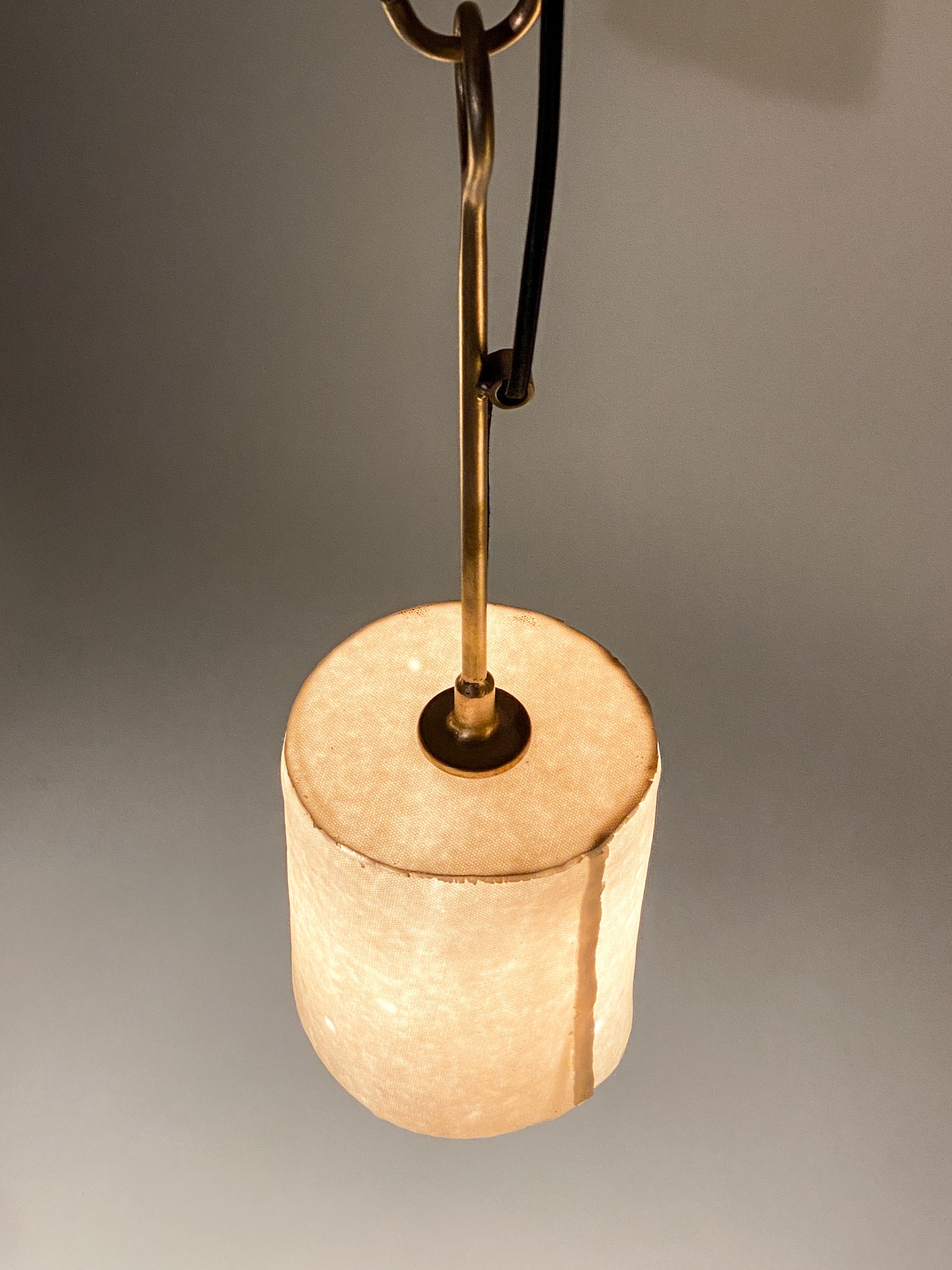 All proceeds from this pendant lamp will be donated to Feeding America.

In addition to the dining table, highlights of the sale include an assortment of M.Crow hand-painted puzzles, a wood ping pong table featuring a mulled leather net, the mustard yellow Concierge lamp, as well as a variety of the manufacturer’s case-goods, benches, ceramics, and sofas. As with every BDDW auction, the featured lots are a mix of prototypes, test finishes, show house rentals, showroom floor samples, and general pieces with imperfections that accumulate over time in the company’s Philadelphia warehouse. “It’s like we have this symbiotic relationship with the auction,” explains Hays. Take, for example, an easy mistake in the workshop, such as when a drill is run straight through the back of a cabinet. As Hays explains, the next-step options are trifold: Spend a lot more money to fix and finish the piece, toss the damaged yet structurally sound design to the dumpster, or sell it as is at auction and recoup some of the financial investment.

With auction items selling on average for half of their retail value, Hays says, “It’s like wholesale, but more fun.” As with most large digital undertakings, though, the fun comes with a fair amount of obstacles early on. BDDW hosted its first online auction on eBay in 2012, and the sale unfolded “a lot like a DNC server.” With hundreds of bids coming in from all over the world, the company’s computer systems thought they were being attacked. Minutes before the auction’s end, all computers shut down for virus protection. “There was mayhem,” says Hays. The company ended up having to build new furniture to fulfill lots that buyers thought they had won. “We sold a lot of discount furniture after that to make people happy, but it was a win-win because we didn’t lose money and everyone got a good deal on stuff,” he says.

The company shifted to Instagram for its next auction, only to encounter similar results. With hundreds of questions and bids coming through direct messaging, the social platform locked the account mid-sale thinking it was being attacked by a virus. BDDW staffers, who had been standing by responding live to bidder questions, had to create a dozen new accounts to monitor and update the sale via comments.

Hays says the headaches of the outside forums were what motivated BDDW to launch the internal auction site. The goal was to create a platform that would maintain records and release BDDW employees of manual responses before and during the sale by offering a sufficient guide of information. The site’s debut auction in January had only a few easily fixable hiccups on the back-end. Still, the auction was BDDW’s most successful in terms of simplicity. “We weren’t up all night freaking out about everything,” says Hays. With the new system in place, he estimates hosting two or three auctions a year.

Some of BDDW’s online auctions in the past have had coinciding live events at the showrooms, at which Hays has been known on special occasions to don a checkered shirt, denim overalls, and straw hat and administer the bid calling. “I grew up pretending I was an auctioneer, so yes, I can call a decent auction,” he boasts through a laugh. One fact that remains, whether holding a paddle at the county fair auction or logging into BDDW’s online sale: Bidding always starts at $1.