One of the world’s best-known stopover programs, the Icelandair initiative invites travelers to visit Reykjavik and surrounding cities for up to seven days en route to their final destination. The airline has popularized the use of #MyStopover on Instagram, and a search of the hashtag yields over half a million photos of radiant sunsets, mesmerizing views of the Northern Lights, horseback rides, and, of course, fjords. Modern lodgings are in abundance here, and the city’s top hotels include the convenient and classic Hotel Borg and the smartly appointed Reykjavik Konsulat Hotel. No trip to Iceland would be complete without a visit to—and a soak in—the Blue Lagoon, which includes a luxury hotel, the Retreat at Blue Lagoon Iceland. Conceptualized by the same team behind the Blue Lagoon itself and located on a private inlet of the UNESCO Global Geopark, the Retreat has 62 minimalist-style suites, plus its own spa, lagoon access, and restaurant. Beyond the Blue Lagoon, Reykjavik’s Nordic restaurants, boutiques, and museums are ripe for exploring, and the island nation’s southern coast offers adventures aplenty, from ice climbing and snowmobiling to waterfall treks and horseback riding. 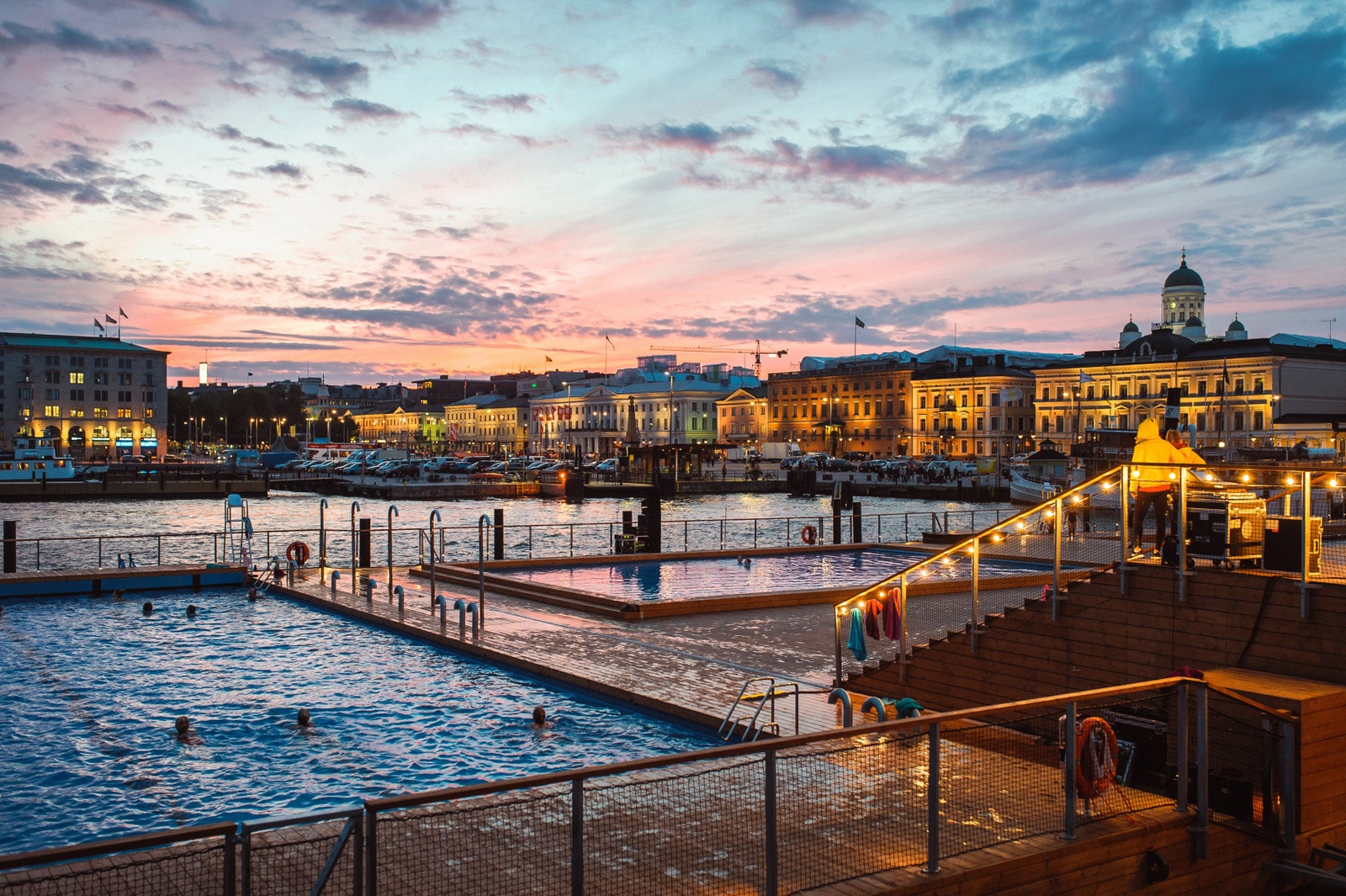 The Allas Sea Pool is a public oasis in the middle of Helsinki, featuring large pools and several saunas.

Spa days and treks to see the Northern Lights are in the cards for travelers with layovers in Helsinki. Finnair’s stopover program enables flyers to remain in the capital city for up to five days and its website offers a number of suggested activities, including Baltic Sea–front sauna visits, boat tours, and hikes. Other local recommendations include a stop at the Wes Anderson–esque Café Regatta, a visit to the 19th-century Sinebrychoff estate, and a stay at centrally located Hotel Kämp, a member of Leading Hotels of the World.

Finland is a hotbed of smart Scandinavian design, a location where passengers can explore Helsinki highlights, including shopping for Finnish brands like Marimekko and Iittala and visiting eye-popping sites like Kamppi Chapel of Silence in Narinkka Square. Other stopover options include popping over to Tallinn in neighboring Estonia via a fast ferry, and stargazing in Eastern Finland’s Koli National Park, which is home to a nature center, spa, and tranquil hiking trails.

Singapore’s Gardens by the Bay is a popular location for tourist and locals alike.