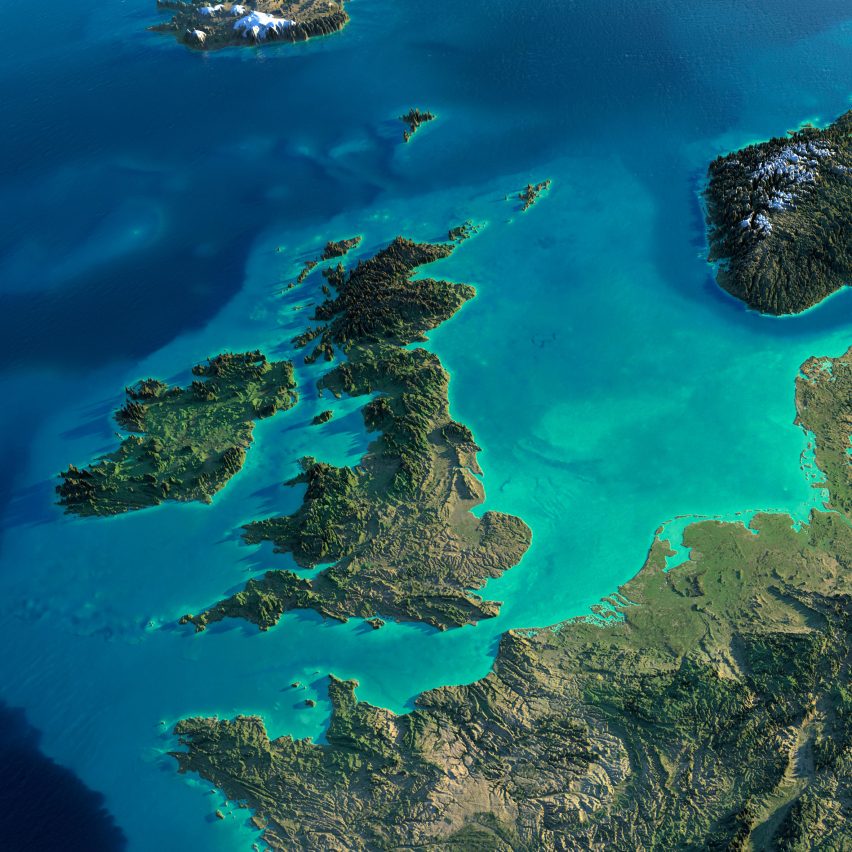 A scientist employed by the Dutch government has suggested building two dams to enclose the North Sea and defend northern Europe from rising sea levels.

Called the Northern European Enclosure Dam (NEED), the proposal suggests building dams in the English Channel between France and England and between Scotland and Norway.

Spanning 395 miles in total, the pair of concrete dam would require 51 billion tons of sand to build – the world’s entire sand budget for a year.

Dam would cost £422 billion to build

The report was written by Sjoerd Groeskamp, an oceanographer for the Royal Netherlands Institute for Sea Research. It estimates that the cost of the 395-mile-long dams would cost €508 billion (£422 billion).

However, it states that this would be a cost effective way of protecting the 25 million people living in coastal communities in northern Europe who would be affected by rising sea levels.

Groeskamp also created the proposal as a warning to draw attention to the impact rising sea levels could have in Europe.

“Besides being a possible solution, the design of such an extreme dam is mainly a warning,” said Groeskamp. “It reveals the immensity of the problem hanging over our heads.”

Sea levels have already risen 21 centimetres since the industrial revolution in 1880, and there is a time lag between rising temperatures and sea levels.

This would “pose an unprecedented threat to society as we know it” said Groeskamp.

Dam would be the largest in the world

The longest of the two dams proposed in NEED would stretch 295 miles between Bergen in Norway and the northern tip of Scotland, via the Orkney and Shetland Islands. This would make it the longest dam in the world.

The other part of the NEED would span 100 miles of sea between Brest in France and the south west of England.

Between Scotland and Norway the sea is 127 metres deep on average, although it plunges to 321 metres in the Norwegian trench. Between England and France it averages at 85 metres deep, with a maximum depth of 121 metres.

“If constructed, NEED would be one of the largest civil-engineering challenges ever faced,” said the report.

Currently the largest dam in the world is the Saemangeum Seawall in South Korea is over 30 miles long and goes down to depths of 36 metres.

But, the report points out, engineers have built fixed oil rigs at a depth of 500 metres, so negotiating the Norwegian Trench should be feasible.

Dams are “most realistic solution”

Groeskamp’s report suggest the dams would be more effective than individual countries taking actions such as managed retreat.

“Managed retreat leads to intangible costs such as large social and psychological difficulties in displacing people from their homes as well as cultural-heritage loss,” it said. “Related migration can lead to national and international social-political instability.”

The report concludes “we are left with protection as the most realistic solution”.

Enclosing the North and Baltic Seas will have a very negative effect on wildlife and the environment, predicts the report. Tides would be disrupted, affecting the way sediment, nutrients and small marine life – the basis of the food chain – would circulate.

Up to 100 pumping stations required for the dam would bring in more fresh water from rivers, lowering the salinity and affecting fish.

The only alternative would be to prevent sea levels rising further in the first place, concluded the report.

“This can only be achieved by immediate implementation of climate change mitigation efforts such as that of reducing cumulative carbon emissions.”

Architects and designers around the world are responding to the threat of rising sea levels.

Vector-I Architects have built a dyke with a raised viewing platform in the Netherlands, to draw attention to how high seas could rise. Visual design studio Squint/Opera has produced renders of how London could look like partially flooded in 2090.

Finnish artists created an installation in Scotland that shone lines of light up the sides of buildings to show how far floodwaters could rise.