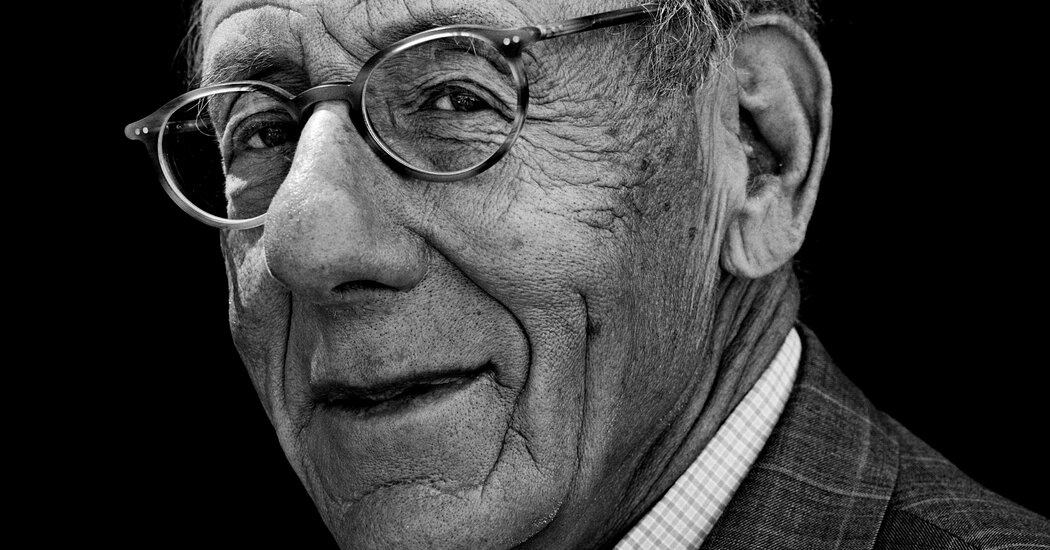 Stephen Ross — the billionaire real estate developer who founded Related Companies, owns the Miami Dolphins and has an interest in brands including SoulCycle and Equinox — is a man of contradictions.

He says the issue most important to him is combating climate change, but last year he hosted a lavish fund-raiser for President Trump, who has rolled back environmental protections.

He claims that New York City has grown too expensive, yet he recently opened Hudson Yards, a new ultraluxury Manhattan development designed for the wealthy.

He preaches the transformative power of philanthropy, but in the midst of a pandemic his main charitable contributions have gone to nonprofits that are named after him.

And he says he does not consider himself a public figure, even as he uses his wealth and Rolodex to influence events around the globe.

To Mr. Ross, these contradictions are simply the realities of operating in a complex world. He says he disagrees with Mr. Trump’s climate policies and finds him “divisive,” but likes the president and believes he has done good things for the economy.

He knows Hudson Yards is expensive, but blames the high costs on a wasteful city government and notes that the development includes some affordable housing units.

And he says the problem with democracy today is low voter turnout, even as he considers raising up to $100 million to influence the New York mayoral race, and acknowledges that he hosted the fund-raiser for Mr. Trump — for which some tickets cost $250,000 — because he was trying to win political favors.

Since the pandemic hit, Mr. Ross has doubled down on the causes he believes in.

Speaking from his office this month, Mr. Ross predicted that cities would be better than ever before long, and said that working from home was overrated.

He recently committed $100 million to the WRI Ross Center for Sustainable Cities, a nonprofit organization named after him, which works to improve the quality of life in major metropolitan areas.

And in the midst of the protests over police brutality and social justice, Mr. Ross said he would donate $13 million over four years to another nonprofit named after him, the Ross Initiative in Sports for Equality, or RISE.

Mr. Ross would not say who he was voting for in the upcoming presidential election. But he made clear his displeasure with New York City’s leadership, arguing that Mayor Bill de Blasio was damaging the city by unfairly demonizing billionaires like himself.

This interview was condensed and edited for clarity.

Has the pandemic prompted you to reconsider the ways in which you give or the kinds of organizations you’re going to give to?

Not really. I’ve been doing this for a long time. I mean, look at today with the social issues dealing with racism. Five years ago, I set up RISE. It’s probably the only group to deal with racism ever formed by a white person, and I gave more money to it than probably anybody in the country. I set this up and I did it in a big way and I’ve been the total funder of it to date. I didn’t come to it all of a sudden because of George Floyd’s death. We were there.

My biggest issue in life is really dealing with the environment and I’m very, very involved in dealing with sustainability and knowing how we need to change to a carbonless world.

At this moment in our country with tens of millions unemployed and millions going hungry, are you using your philanthropy to make any sort of acute interventions to try to help those most in need?

Well I mean, down in Florida I own the Miami Dolphins. We have our kitchens at the stadium providing almost 2,000 meals a day for people in need of food down there and we committed to do it for a year. OK? So I mean, I believe in philanthropy very much. I’m a member of the Giving Pledge and more than half of my net worth will go to philanthropy when I die.

You’ve floated the idea of raising $100 million to support the right candidate for in the mayoral race. Who do you want to see as the next mayor of New York?

Someone not named de Blasio. We need some new leadership.

No one’s announced that they’re running yet, other than Scott Stringer and Corey Johnson and Eric Adams. And those candidates are appealing to the old way of doing business, where the unions have so much control over them, and they all talk this rhetoric. But it’s not going to help New York in the long run.

What specific policies would you like to see more or less of?

The problem with New York is that the cost of doing business here is so much higher than anywhere else in the country. We have to get the cost factors out.

In the city, we overbuilt like crazy and we had bad leadership. We were growing to the point where nobody could really afford to live here.

It strikes me that a development like Hudson Yards exacerbates those trends rather than solves them.

I mean, we have a lot of affordable apartments at Hudson Yards as well. We have a large segment of apartments that are specifically identified that are affordable, OK?

Tell me why you’re supporting President Trump in his re-election campaign.

I mean, first of all, who said I was?

You hosted a fund-raiser for him.

At that point there was a fund-raiser at my house I was looking for certain things to benefit New York. But I haven’t really made a decision who I’m voting for.

What were you looking for?

I’ve gotten requests from the governor and people in different parts of the administration to help raise money for New York with the people that I know in Washington, to get money to the cities, to the M.T.A.

What are the areas where you are at odds with the president and his policies?

His climate issues is certainly one of my biggest of all. I mean, I couldn’t be any more believing in the environment and climate change.

I think he’s been a little divisive.

But I think there are a lot of great business policies he’s enacted that have been fantastic and nobody else could have done it but him.

What are some of those business policies?

China. We can see today what China is, and they’re really a competitor of ours to put it mildly. And making business grow, creating jobs. We were almost at full employment before the pandemic. I mean, those are very positive things that you have to look at.

So I mean, you have to put it all together, and no one’s perfect.

You got a lot of backlash for hosting that fund-raiser.

If I would have known the impact of what happened last year, would I have thought about it differently? Of course. I mean, here I am being called a racist when I’ve set up and spent more money as an individual in dealing with racism than anybody in the country, and I was ahead of the game. But you know what? The best thing is to keep your mouth shut. You go about your business because that’s what matters.

If you had known what would have happened, would you have done it differently?

I’m not saying I would have had it or I wouldn’t have. But seeing how it’s impacted my business partners, of course I would have to look at it differently. But I never complained. It happened. It’s unfortunate. It caused a lot of problems for my business partners and everything. A lot of money was lost from people who were complaining about me. It makes me feel terrible. But I know who I am and I will continue fighting for those causes that I believe need to be dealt with. I will fight for climate control. I will fight against racism. I’m probably the biggest advocate in the country on both of them.

Who do you intend to vote for?

Guess what. We have elections that are private. That’s the beautiful part about America.

Look, I didn’t try to be in the news. I’m not looking to be in the news. I don’t look at myself as a public figure. I’m a businessman who fortunately, from my perspective, has been successful. I’ve given back. I’m going to give back more than half what I have to charity. I’m not looking to be some public figure, and I’m not controlling everything.

What do you think would make America more resilient?

The biggest thing is there is so much waste in this country. I mean, look how children today who don’t have food have to go to school to get their best meal of the day. I mean, that’s sad when you think about it and all the privilege we have, and you see the wasted food that’s thrown out that we don’t use.

You keep coming back to this issue of wastefulness. Are you saying that the state, local and federal bureaucracies have become too bloated?

One hundred percent. I mean, look at this city. The quality of life has gone down, and de Blasio’s added 25,000 people or something like that in his administration. And he doesn’t care about the wealthy. It’s only about the working class.