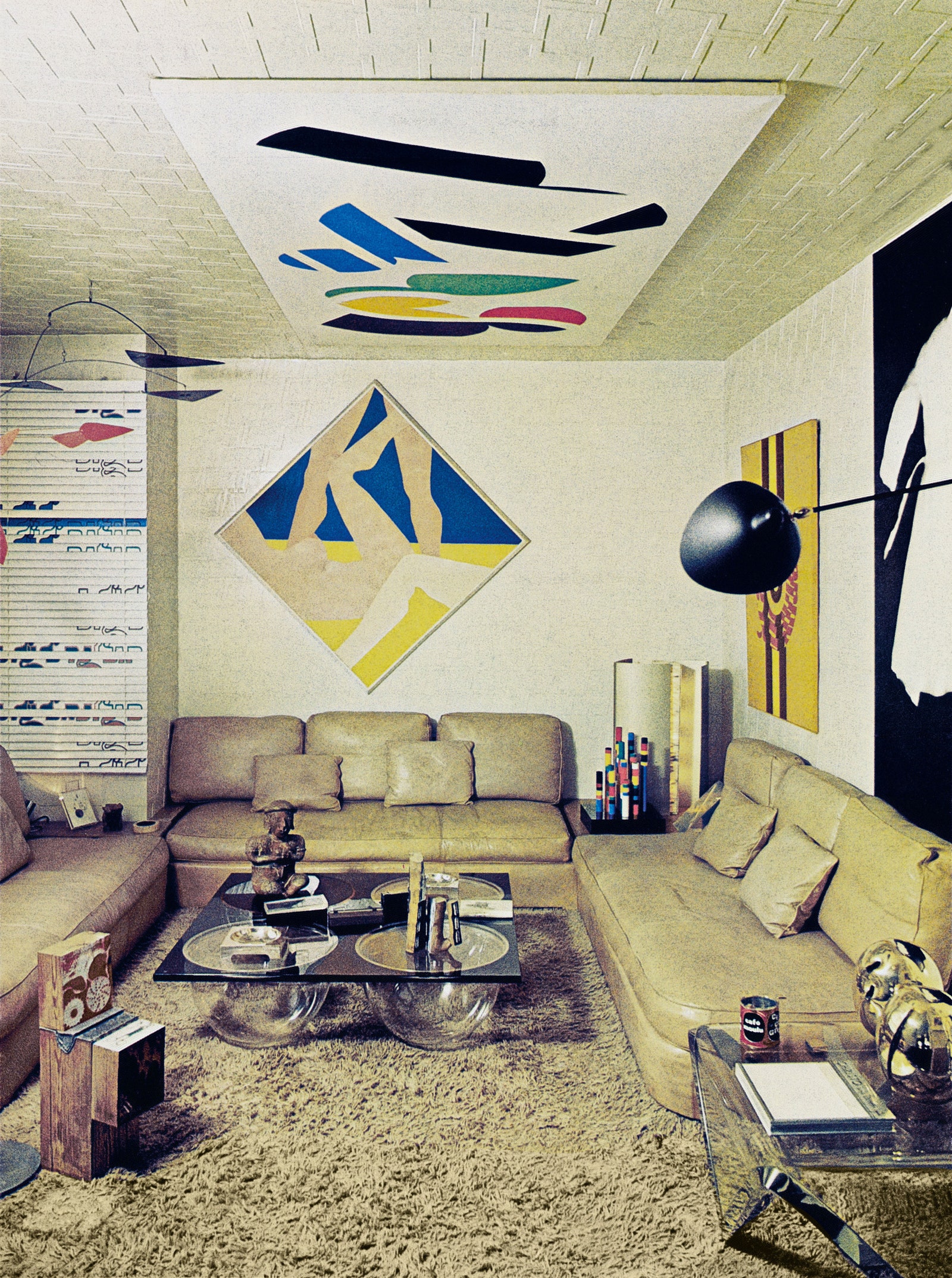 Given that the late French style guru Henri Samuel was known for masterminding plush period salons for the rich and reclusive—Rothschilds, Wrightsmans, Gutfreunds, and a bevy of princesses—the decorator’s own mod Paris smoking room came as something of a shock when Amy Lau saw it in AD’s pages. “It blew me away,” the AD100 designer says of the shag-­carpeted lair, located in a 1930s penthouse on Quai d’Orsay and featured in the November/December 1974 cover story about the grand homme’s city and country residences. “From the Calder mobile to the Pop-art collages to the sexy beige leather sofas to the textured white plastic wall covering and ceiling—and then there’s the Guy de Rougemont painting on the ceiling. Who puts a painting there?” Lau continues, in a tone of admiring disbelief. An impassive figure, presumably pre-Columbian, sits on a space-age François Arnal cocktail table, in an arresting juxtaposition of past and present. What looks like an Andy Warhol–style coffee-can sculpture is displayed on another Arnal table, and on one wall hangs a Venetian-blind work by Swiss artist Arthur Aeschbacher. Emerging from a side wall is the black shade of a Serge Mouille sconce, peering across the room like an extraterrestrial’s quizzical eye, trying to make sense of it all. “Samuel was an incredible mixologist,” Lau observes, expressing her adoration of the “shiny and fresh” Plexiglas and chrome accents. “Every piece in the room plays a role, and everything relates so beautifully to each other. You can’t tell where the art stops and the furniture begins.”

For access to all 100 years of the AD archive, join AD PRO, the new members-only community for design professionals, at archdigestpro.com.