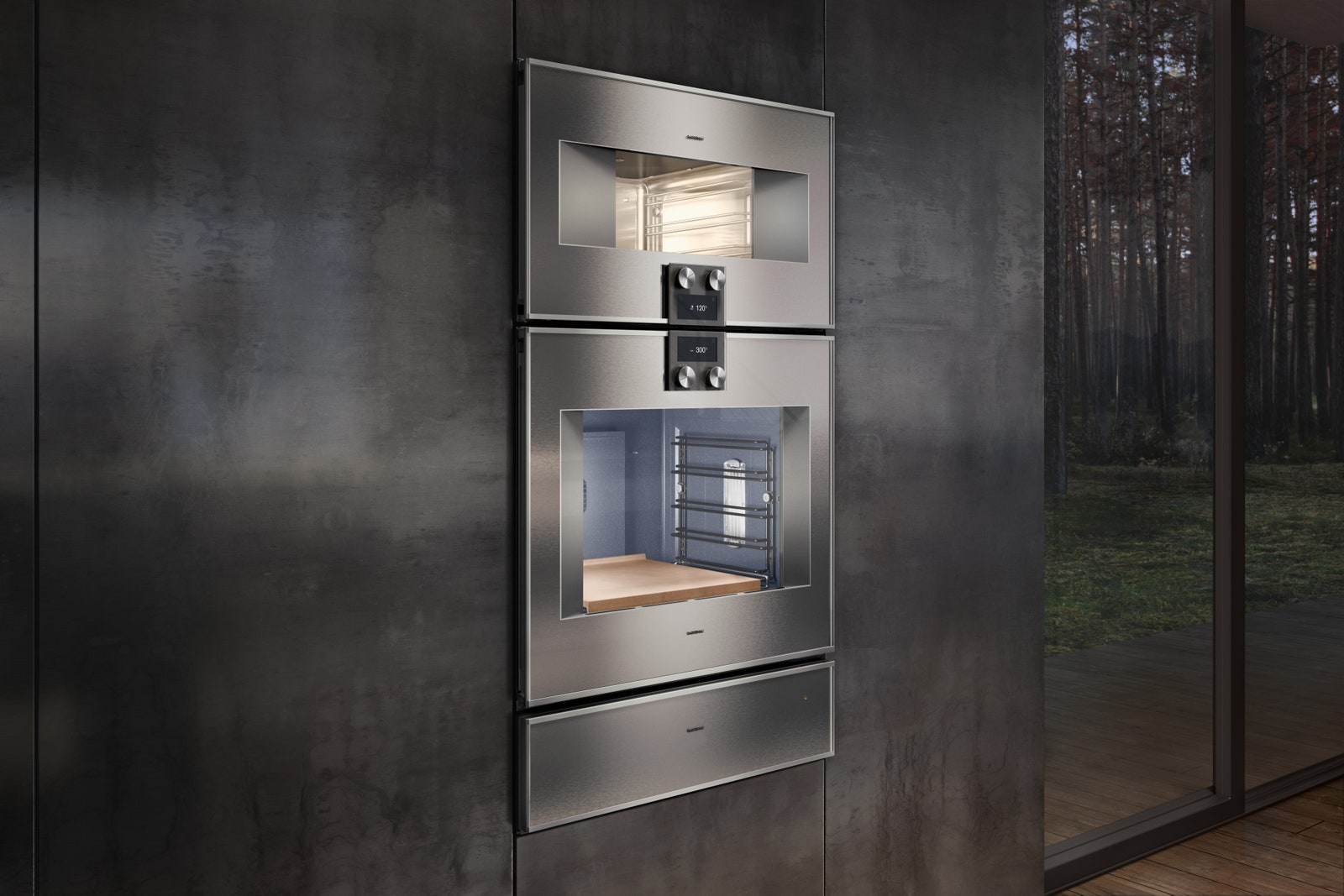 To say we live in the age of the foodie is no exaggeration. As our palates—and culinary skills—have become all the more sophisticated, so have our kitchens. Gaggenau, the esteemed German maker of luxury kitchen appliances, has been in the business of producing innovative household products for more than 300 years. So when the company began to conceptualize its new 400 Series Combi-Steam Oven, which debuted last week at KBIS, it paid close attention to the cooking habits and expertise of today’s client.

“We’ve discovered that in the last 20 years, cooking [has been] on a much higher professional level for most people,” Janina Fey, Gaggenau’s head of oven design, tells AD PRO. “People have developed a passion for cooking—almost like a connoisseurship—and therefore it’s actually a statement of luxury, which is reflected in these types of products.”

Once found only in professional kitchens, the combi-steam oven was introduced by Gaggenau into the private home 15 years ago. For home cooks, this multifunctional oven vastly expands their cooking options by combining humidity (steam) with convection (dry heat circulated by fans), which, in turn, retains the nutrients in the food, as well as cooks it more evenly. Different cooking methods—such as steaming, baking, roasting, and braising—can be easily employed all at once. “You can use 100% steam to prepare, for example, vegetables. But you can also add the functions of a normal oven if you, say, make a gratin,” explains Fey. “It’s just keeping up the freshness level of the food while not drying it out during cooking.”

Developing the 400 Series was all about making sure that technology—and the aesthetics of the oven—are as advanced as possible. “The challenge was to make it very sleek and minimalistic in appearance, but still having all the technical components in the background,” explains Fey. To meet the needs of a digitally minded client, Gaggenau has implemented advanced technology to streamline the cooking process, including multicore temperature probes that revise cooking time according to the sensors’ readings, an automatic cleaning system with a new fixed water connection, and Home Connect technology that allows a user to control the appliance through a mobile device in order to set a recipe or pre-heat the oven remotely.

For the design team, the oven’s functionality was only half the battle. Fey and the Gaggenau staff carefully considered each element, from the glare-free LEDs that illuminate the food inside “like a treasure box,” as she puts it, to its modern, uniform appearance and material palette of stainless steel and glass. The 400 Series was not only designed to stand out on its own but to work in concert within a larger kitchen interior.

“We don’t want our appliances to look like appliances, as the kitchen so often opens up to the living room,” says Fey. “It’s more like a piece of art or a piece of furniture.” In other words, it’s the kind of oven that interiors experts—and your health-conscious, food-loving clients—can get behind.