There are as many different kinds of patrons as there are artists—and sometimes they are one and the same. For an art world in the midst of coronavirus shutdowns from East Coast to West, the I have to do something moment hit when people saw their communities, and the lives of their friends and peers, being dismantled.

“I know them very well over at Sunset Tower,” says Donald “Drawbertson” Robertson, the beloved fashion illustrator whose drawings paper large swaths of wall space at Jeff Klein’s West Hollywood hotel. “From the piano player to the kitchen staff to Gabé [Doppelt, the former magazine editor and well-known maître d’ at the Tower Bar], these are our people.” His buddy, fine art photographer and director Tony Kelly, agrees. “The dinners Donnie and I have there are legendary. It’s like TMZ meets Art Weekly.”

In particular, it bothered Kelly to see his friends at the venerable Chateau Marmont and the Standard Hotel lose their jobs with no pay and no backup support. “The spirit of the community is not Oscar winners,” he says. “The sparkle of this town, the cogs that move it, are the hardworking people who were sent packing.” When a crisis as widespread as a global pandemic strikes, the massive cry for aid becomes a fog of confusion. Wallet-weary benefactors are overwhelmed by the stream of worthy crowdfunding links, and with in-person volunteerism largely off the table, creatives are getting, well, creative. And for Kelly and Robertson, it’s personal. 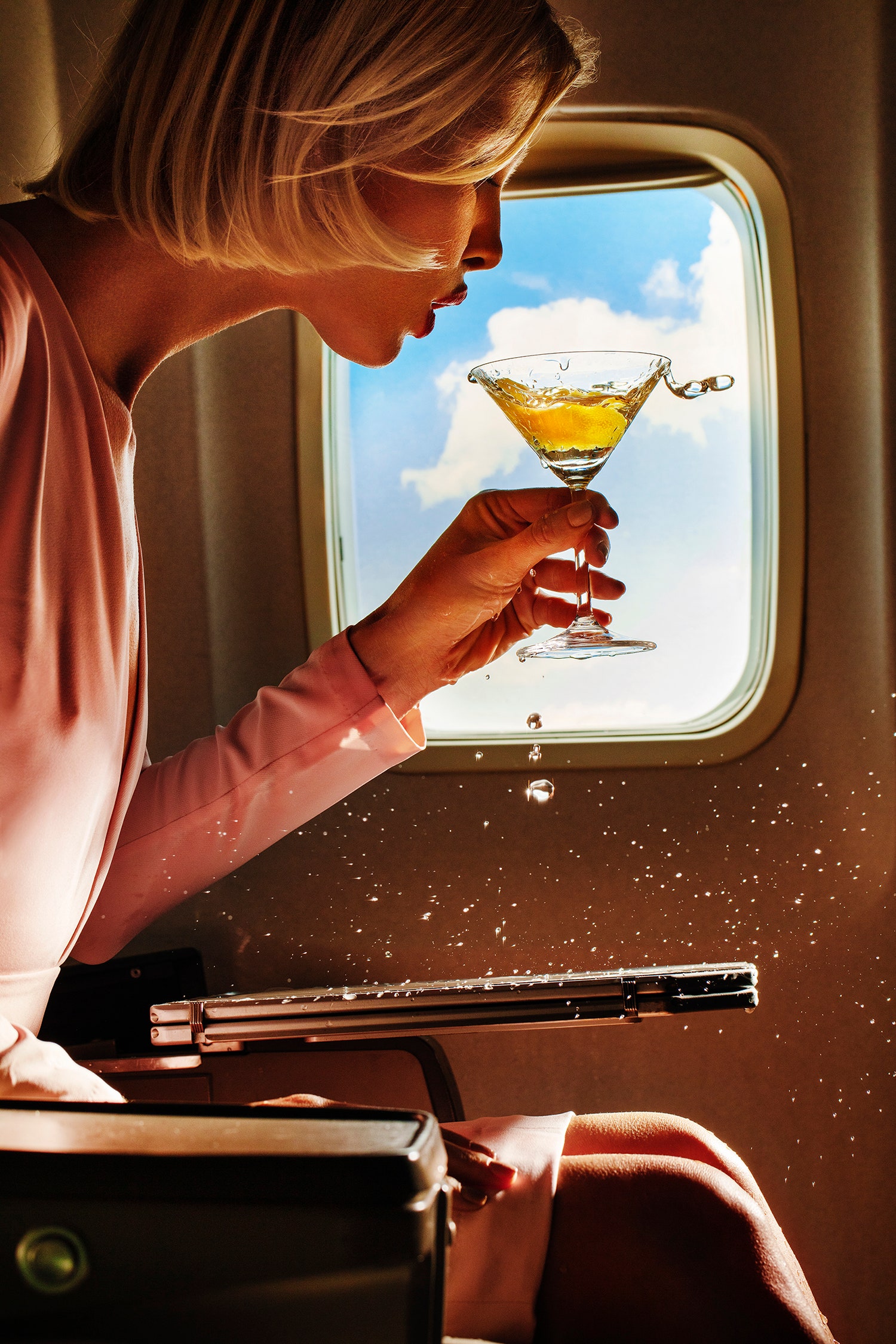 Tony Kelly has sold some of his favorite works to raise funds. He has so far sent 132 individual checks to staff at the Chateau Marmont, the Standard, and Sunset Tower. This work by Kelly is titled Turbulence.

“Coming from Ireland,” Kelly says, “we’re pretty grounded; it leaves a sour taste in my mouth to leave people without a safety net.” So he put his own collection of framed photographs up for sale on Instagram. His coveted Technicolor, pop-culture-saturated images promptly sold, raising nearly $40,000 in a few days, every penny of which went directly into the hands of the staff at Chateau, the Tower, and the Standard—as Kelly calls it, “my WeHo triangle.”

Robertson did something similar with his work, collaborating with Sunset Tower to sell rights to his exclusive wallpaper, the favored gold-plated backdrop for A-list selfies. “When they renovated, they asked me to do the powder rooms,” he says from his home in Santa Monica, “and then it just went…everywhere.” Normally $5,000, the digital prints are sold directly through the hotel’s site for $1,000, with all proceeds going to the Tower Restaurant staff. If I’m buying the file, I wondered, can I print it myself on whatever I want? Linen, for example? Robertson thinks for a moment. “Yes! Go to town, do your whole house. We’ll call it karmic interior design.”