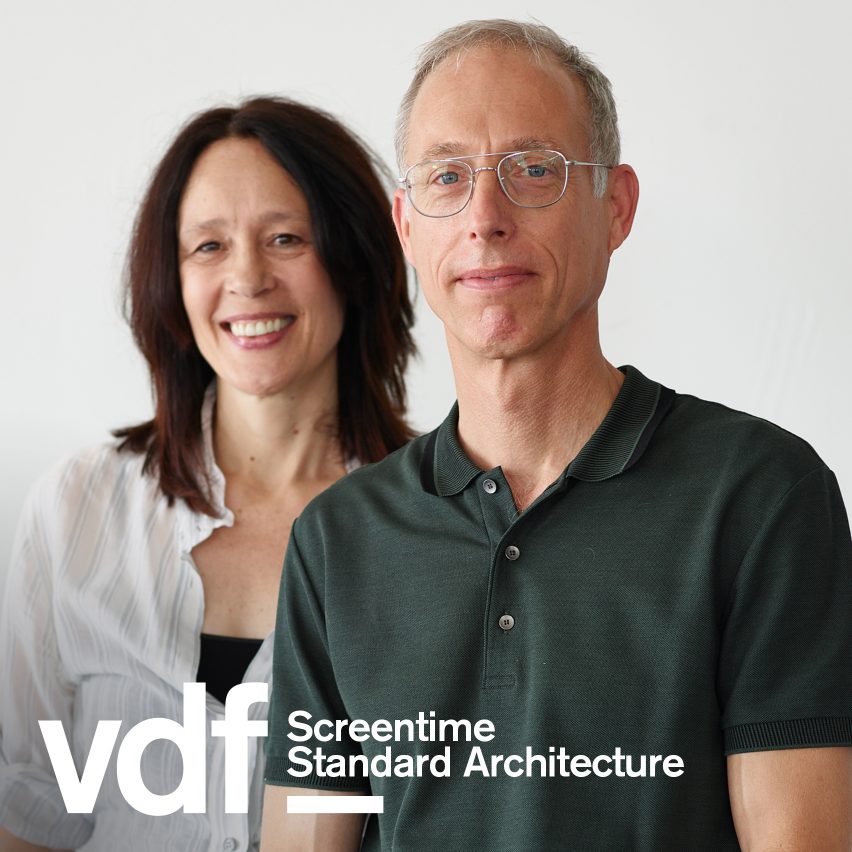 Standard Architecture spoke to Dezeen in this Screentime conversation sponsored by Enscape as part of Virtual Design Festival.

The founders of the Los Angeles-based architecture and interior design firm, Silvia Kuhle and Jeffrey Allsbrook, discussed their work with Dezeen’s founder and editor-in-chief Marcus Fairs.

The architects’ work often merges the built environment with a site’s natural landscape in an effort to prove that “architecture can be landscape-generative rather than landscape displacing”.

They have previously designed a proposal for a housing complex consisting of 30 dwellings with grass-covered roofs that replace the grass-covered ground displaced by the buildings.

As part of Dezeen and adidas Originals’ P.O.D.System Architecture collaboration from 2018, the duo created a design for a unique conceptual building based on the story behind the P.O.D.System shoe.

For the project, Kuhle and Allsbrook designed an elevated, modular megastructure of pathways and vaulted pods, which could be used to build on top of different natural landscapes without interference.

They have also previously designed a showroom for fashion brand Helmut Lang in Hollywood which includes a light-filled garden.

This Screentime conversation is sponsored by Enscape, a virtual reality and real-time rendering plugin for architectural design programme Autodesk Revit.

Virtual Design Festival is the world’s first online design festival, taking place from 15 April to 30 June. For more information, or to be added to the mailing list, contact us at virtualdesignfestival@dezeen.com.