Austinite Bri Ussery was ready for a drastic change. The owner of home goods shop East Co. and cofounder of the newly launched interior design firm Dor Design House had a dingy, closed-off 1980s kitchen that left a lot to the imagination. After living in the home for a decade alongside her wife, Dee, and their six-year-old daughter, she wanted to trade in design faux pas like cramped corners, dated cabinetry, a fake laminate backsplash, and fluorescent lighting for a clean, bright, and more open-concept space, one infused with “personality” and “cohesive with the rest” of her home. 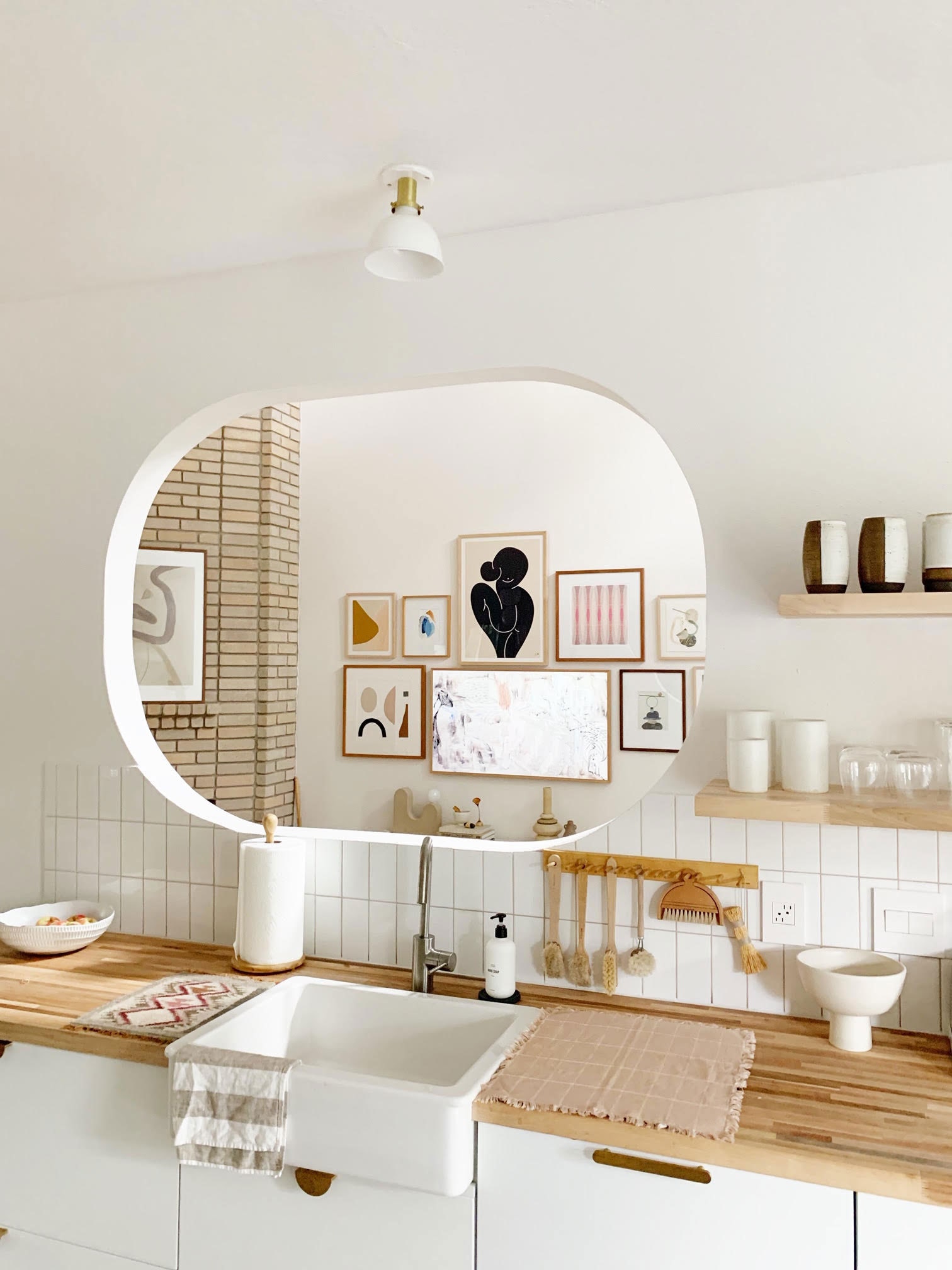 Clearly Bri has an eye for curation and stunning design objects. Looking through her artwork and ceramics, it’s easy to see the correlation to goods from her own shop.

Bri’s style is decidedly eclectic, and her North Austin (it’s officially in the suburb of Pflugerville) home is filled with contemporary art, relaxed, textured neutrals, and sculptural accessories. But with a tight budget, she got crafty with Semihandmade cabinet doors, family heirlooms, and a simple palette to create a kitchen she loves. One of her favorite elements? The restored stained-glass window passed down from her mother, who passed six years ago.

Before: The previous iteration was full of drab elements and so much brown.

The “before”: “Bad linoleum, which revealed stained, peeling concrete underneath, and lots of wood tones, but not in a good way,” Bri says. “It was not functional, and we removed a hall closet and pantry to open up the space.”

The inspiration: After living with a dark and dreary kitchen for 10 years, she wanted “clean and white.” “If you go too white, though, it can start to feel sterile, so that’s why we added the vintage rug, open shelving, and warm woods.”