Hosting a major sporting event can be a boon to a city’s economy, but it often requires a considerable amount of construction. From venues to hotels, development goes into overdrive before the event, but the buildings often go unused or underutilized once the crowds have gone home. As Qatar gears up to host the FIFA World Cup in 2022, the country is doubling its supply of hotel rooms and guest apartments, including 140 new properties. To help accommodate the influx of soccer fans, Finnish firm Sigge Architect and real estate and construction company Admares are developing an alternative to traditional event housing. The firms will build 16 floating hotels on Qetaifan Island North, which is close to Lusail International Stadium, where the opening and final games will be held. 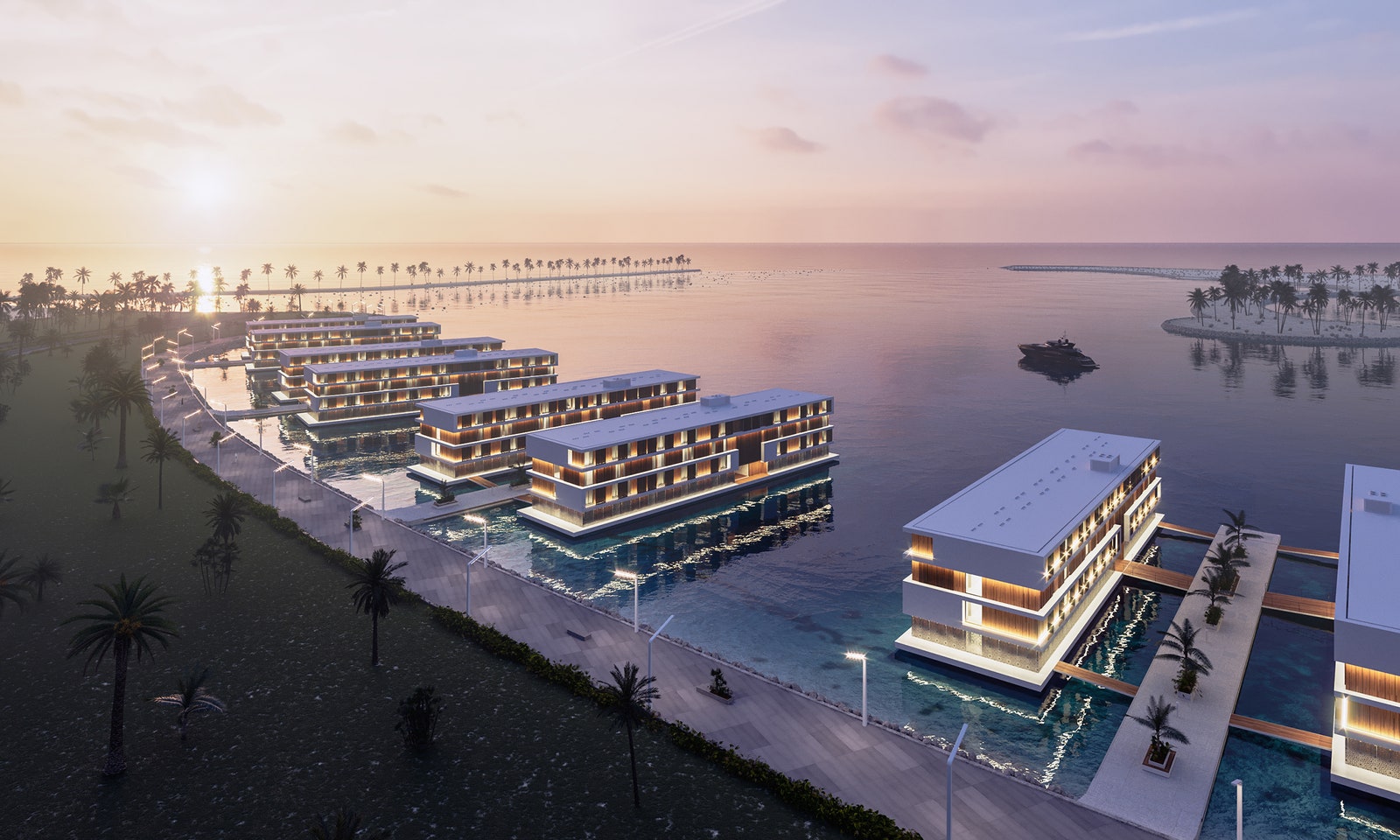 The floating hotels will be constructed in a way that allows for them to be moved to any coastal area with water that is at least 13 feet deep, after the FIFA World Cup is completed.

Following the World Cup, the hotels can be moved to any coastal area with water that is at least 13 feet deep. This flexibility means that the rooms won’t sit empty after the games and the property can be used by other places in need of temporary accommodations. The future of the property added an extra challenge for the project’s architects. “The regulations between countries are different,” says Jani Vahala, partner at Sigge Architect. “We had to take care of all of the regulations so they can be placed in all different locations.”

The placement of the hotels are close to Lusail International Stadium, where the opening and final games will be held.

The 236-feet-long by 52-feet-wide hotels will include a total of 1,616 rooms (101 per hotel), and each of the structures will feature a restaurant and a lounge bar. The aesthetic is minimalist, mixing warm woods and white walls. The exterior was designed to look like layered stories, with each floor a little different from the others. Vahala explains that his firm’s architects were also influenced by local traditions, pointing to the mashrabiya-inspired element wraps around the first floor of the four-story buildings.

The materials were chosen based on how they would hold up in the maritime environment. “We tend to use wood,” says Vahala. “The conditions can be quite harsh. Glass can be difficult because of salt water. White steel is very often used in our designs.” The hotels are also being built with sustainability in mind. Each structure will be solar powered and assembled off-site to minimize impact to the environment.