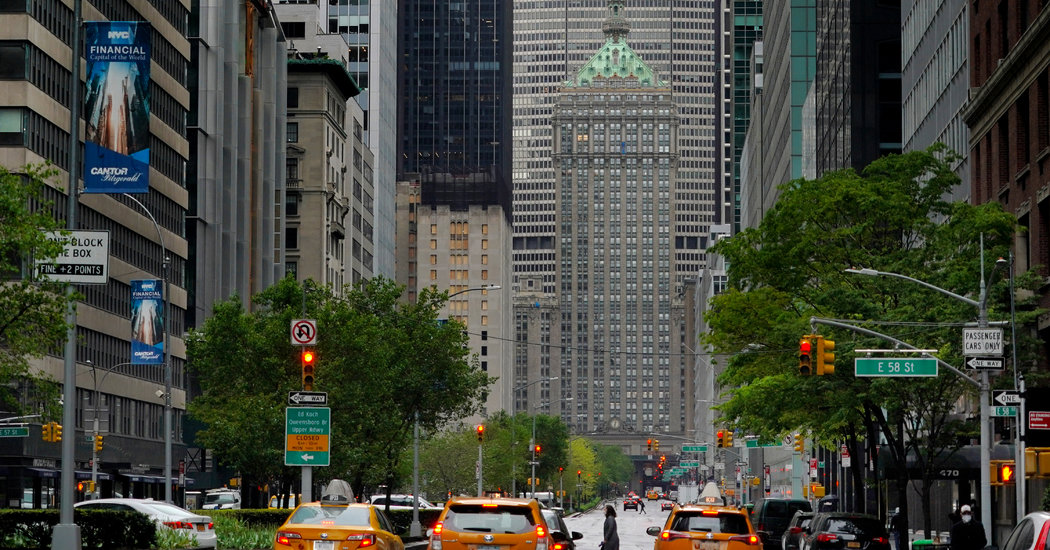 In Brooklyn, a nightclub has been closed for two months. In Manhattan, a travel agency says it is unlikely to ever reopen. Both have not paid rent since the coronavirus shutdowns began.

As a result, their landlord, Jane Lok, collected roughly 50 percent of her monthly rent from her six commercial tenants in April and May, a drastic drop-off from normal times. She owes a $20,000 insurance premium this month and a much higher annual property tax bill in July, both of which have caused her to lose sleep over how she will pay.

“I’m just running my numbers and seeing when I will run out of money,” Ms. Lok said. “We are already dipping into savings.”

Across New York City, commercial tenants are falling behind in rent at unprecedented rates as the coronavirus outbreak has caused a nearly complete lockdown of the city for two months.

Residential rent collections have also declined as tenants who lost jobs have stopped paying. But the erosion of commercial rents, so far, is worse and has stripped landlords of their largest source of income every month, especially for smaller property owners, and has started to jeopardize the health of their own businesses.

The cascading impact of the coronavirus pandemic and stay-at-home orders on New York City have reached a breaking point, property owners and developers say. Two months into the crisis, the steep drop in rental income now threatens their ability to pay bills, taxes and vendors — a looming catastrophe for the city, they warn.

If building owners cannot come up with enough money to pay their next property tax bill in five weeks, a deadline the city has refused to postpone, the city will be starved of an enormous revenue stream that helps pay for all aspects of everyday life, from the Fire Department to trash pickup to the public hospitals. It could lead to a bleak landscape of vacant storefronts and streets sapped of their energy.

While landlords have been unnerved by tenants’ rights groups and community nonprofits that have rallied around residential rent strikes, they said that companies with offices or retail spaces have been far more aggressive in skipping rent.

“They are missing the big part of the picture,” said Ms. Lok, referring to the dire conditions in New York City’s commercial real estate market.

The Community House Improvement Program, which represents around 4,000 landlords of rent-stabilized apartment buildings, said this week that among its members who also have commercial tenants, two-thirds of those tenants did not pay rent in April and May.

Nearly 25 percent of its members’ residential tenants did not pay rent in May, up from about 20 percent in April, the group said. Before the pandemic, the figure was around 15 percent in a given month, said the group, whose members it surveyed collectively own more than 100,000 rental units in the city.

“Unless the federal government steps in to help renters and owners in a big way, we are going to see a housing disaster the likes of which we have never seen,” said Jay Martin, the group’s executive director.

Over the past month, some of the largest commercial landlords in New York City have reported steep declines in rent payments from its tenants.

Vornado Realty Trust, one of the city’s biggest commercial landlords, said that nearly all its retail clients with the exception of grocery stores and other essential businesses have sought financial relief, such as a deferral on rent payments.

Among the company’s office tenants, roughly 60 percent were able to pay rent at the start of April and May, Mr. Roth said. By the end of April, however, 90 percent of its office rent had been paid, the company said.

The company warned investors this month that the drop-off in rent, along with the uncertainty about when the economy will reopen, could create untold consequences for Vornado. Some tenants may decide to vacate their spaces, and the value of its buildings might drop, the company said.

The numbers were nearly as stark at Empire State Realty Trust, another major real estate company that owns the Empire State Building and eight other Manhattan properties. More than a quarter of its office tenants and more than 50 percent of its retail tenants did not pay April rent.

Anthony E. Malkin, the company’s chief executive, said in a recent interview that the company was working with its tenants to find other ways for them to pay rent, such as deferring it to the end of their leases or using their security deposits.

But Mr. Malkin said he was struck by the number of office and retail tenants with healthy finances that simply have not paid. He declined to name the companies.

“They think of this as some sort of field day,” Mr. Malkin said. “I’m shocked, candidly.”

Ms. Lok, who owns two buildings and manages another with two market-rate apartments, said she asked her bank about refinancing her mortgages to lower the interest rates and her monthly payments.

But the bank said no, citing the continuing economic turmoil and the risk of nonpayment by tenants during the state’s moratorium on evictions, which has been extended through the second half of August.

“Our bank is being very cautious right now on commercial real estate lending,” a bank representative told Ms. Lok in an email. “Landlords’ ability to enforce the legal terms of their lease has been completely kicked out from under them.”

Two of her tenants, the nightclub and travel agency, which together pay about 45 percent of what she typically collects every month, did not pay in April. May looks worse, she said, as she is on pace to receive only 45 percent of a normal month’s rental income.

In April, New York City and State collected a combined $78.5 million in tax revenue on the sale of commercial and residential properties, a steep decline from $217.5 million in March, according to a report by the Real Estate Board of New York, or REBNY, a trade group.

Real estate brokers are prohibited from showing homes in person to potential buyers during the lockdown, and just 1,660 residential properties were sold in April, about half of what were sold the month before and in April 2019.

The taxes collected on the sale of properties contribute heavily to both city and state coffers, helping to pay for everyday services like the police and road repairs. The sharp decline illustrates the upheaval in the real estate industry, a significant driver of the region’s economy, and the deepening financial crisis for the city and state.

While rent collections have plummeted, landlords have scrambled in recent weeks to find money to pay the annual property taxes on their buildings, which are due in July. Some say they will not be able to make the payments.

“The real estate sector is the city’s economic engine,” said James Whelan, REBNY’s president. “The pandemic has caused that engine to stall, and we should expect such alarming trends to carry through May and June in the best-case scenario.”